Brian Black from Vancouver BC 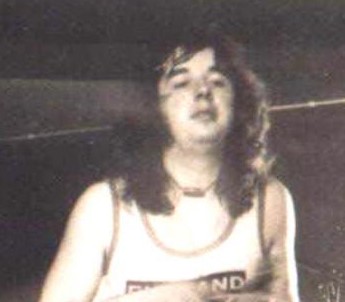 from Vancouver BC
Instruments: Vocals details

Photo taken at the Purple Onion in Victoria with the band Earthbound.
Living in Vancouver currently. After Earthbound playing in Vancouver formed a band in 1980 called the Wet. Released a 4 song E.P. which 2 songs playlisted for 8 months (Deborah and It's all up to You). Missed a Juno Award nomination by 1 Vote. Opened the JUNO AWARDS which that year were
televised from the Denman Place Hotel.

Opened for Split Enz at the Commodore.

Formed Mango Dub an eight piece Reggae,Rock, World Beat band in 1984. Played with Toots and the Maytals, The Wailers, Jimmy Cliff, Byron Lee and the Dragonaires. Realessed a single - We can hear you Africa and No Complications. Also realeased cassette album.

Add / Link Article
Submit info on this musician to our admins