Barry Casson from Victoria BC 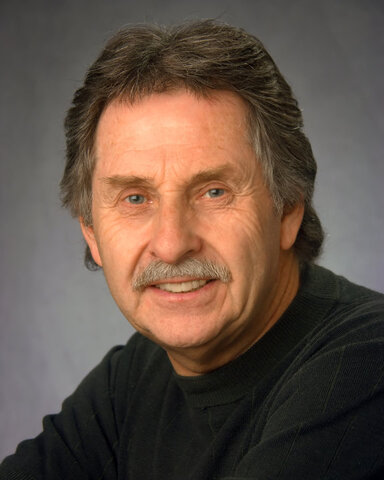 Rukus drummer Barry Casson has been actively playing drums since age 16. In the 60's he played in a number of local bands including "The Twisters", "The Cavaliers", "The Idols" and was drummer and one of the founding members of "Bobby Faulds and the Strangers".

Bobby and the Strangers with Barry on drums and well-known local musician David Foster on piano, left for England in 1966 and played major venues all over The British Isles. Some of the gigs included touring as the band behind Chuck Berry, Bo Diddley and The Drifters on their British tours.

Upon returning to Victoria in 1967, Barry was on drums as a member of "The Foundary Brass", a house band playing at "The Old Forge", now called "Legends", in the Strathcona hotel. Teaching drums and studying photography occupied his spare time.

In 1971 Barry began to pursue photography more seriously which led to becoming a newspaper photographer for The Colonist Newspaper, a TV news cameraman with CHEK Television and Director/Producer of over 60 films and videos through his own company. During this time he kept his music active gigging with a number of local dance bands.

Today, Barry is President of Victoria Motion Picture School, has written his first book on filmmaking and gives speaking presentations on film to a variety of high schools, colleges and business groups - that is when he is not playing with Rukus.

On September 17 of 2005, Barry was honoured by his peers and was inducted into the Victoria Rock and Roll Hall of Fame as an early member of the legendary Pharaohs. It was a great honour and brought back many
fond memories of those early days.

"I remember that one of my first professional gigs was playing with a group from Sidney called "The Twisters". We got a gig at Island View Beach Restaurant. I believe we were each paid $2.00 for the evening.

The Pharoahs were also playing there and their drummer at the time (before I joined them) was Terry Budd. Terry and myself decided to do a drum battle on the porch of the restaurant. We went at it non stop for 45 minutes. There was no real winner as we both lasted the entire time, but what a thrill it was.

Later when Terry left and I was offered the job with Pharoahs, I remember
having to take the bus into town and stay overnight at the Attfields place
on Derby road where we would rehearse all weekend.

I was so proud to be asked to play with them, after all they were my idols
watching them on Check TV's Club 6 every Friday night. Ron Attfield was
telling me at the reunion that they still have some of the recordings we made
in the basement of Norm Winquist's house in 1960."

Update July 12, 2016
What if felt like being the drummer on rock legend Chuck Berry's British and French tours. It was some time ago but a big event in my life. This is how it came about.

In the late 60's my self and six other members of (Bobby Faulds and The Strangers) gave up our jobs and life in Victoria and headed to England to take a shot at making the bigtime. I had previously been over to England for six weeks to check out the scene and felt we had a good shot.

We had three great horn players in our band at that time, all were all married and had to convince their wives that we could all do this within a few months. It was going to be quite an adventure for us all.
We hit London, got an agent and starting touring and playing all the major venues in England. Even did gigs at the Cavern in Liverpool where the Beatles started. My drum lessons were starting to pay off. We bought rain coats, a touring van, ate fish and chips and learned to drive on the left. We were getting written up in the top British Music Tabloid, Melody Maker Magazine and our big sound was getting recognized.

Unfortunately the married guys in the band could only send home so much money each month (thanks to the British Government) which created a crisis and after several months all three members had to leave and boy did we ever miss their sound. We were now down to me, on drums David Foster, on keyboard and Mike Stymest on bass along with our singer Bobby Faulds (now called Bobby Hanna).

Our agent was bringing over American acts as they were huge in England at the time and he felt that we new their sound better than the Brits, and so we were booked as Chuck's band for his British tour along with gigs in France.

He was a big star in Britain at the time and many of our gigs had major security and some riots along with police and guard dogs. It was all very exciting to be Chuck's drummer. We played big ballrooms and Universities always doing Chucks' mega hits like Johnny B. Good, Roll Over Beethoven and Sweet Little Sixteen. He was a Rock n Roll Legend, even back then.

One morning I picked him up at the London Hilton and before we left he put one arm around my shoulder and lifted his other arm up, as he did some kind of document unfolded all the way to the pavement. “Do you know what this is”? He said “No” I replied “These are all the songs I am getting royalties on” he said with a big smile. There were a lot of songs on that list and I was beginning to feel like a rock star myself.

At one point we headed over to the Olympia Theater in Paris to do a live radio show that was cast live all over Europe. I couldn't believe my luck? On the plane was the entire Duke Ellington Band, Chuck Berry and us. The show was a blast and one of the up and coming British bands at the time called “The Small Faces” were also on the show with us. A couple of unknowns in that band were Ron Wood and Rod Stewart. Small world Huh??

More on those early days on the next blog. Go to www.drumboy.ca for some cools grooves to practice and contact me for lessons. Cheers, Barry 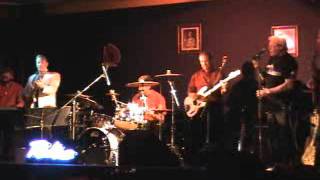 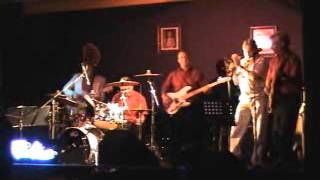 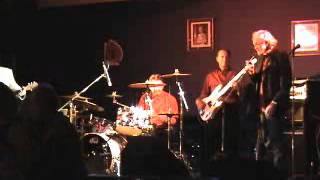 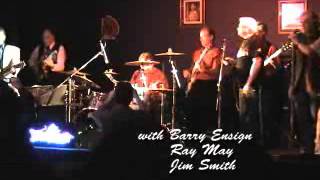 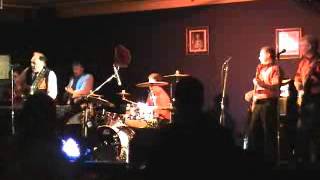 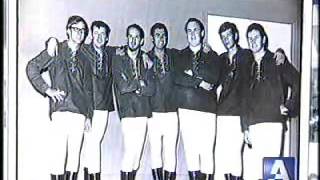 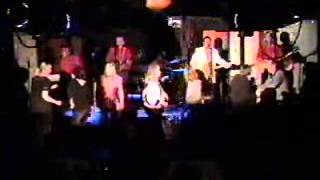 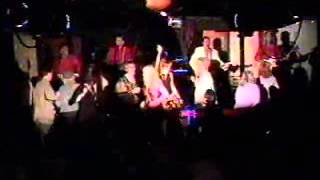 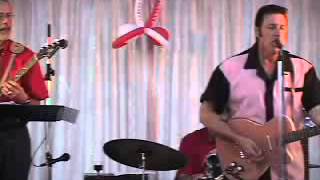 Rukus at The Crystal Gardens 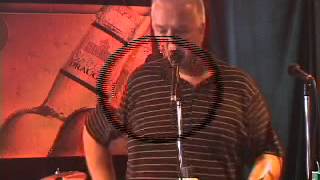 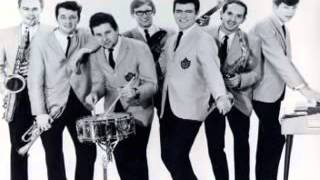 Bobby Faulds and The Strangers Victoria Music Hall of Fame I... 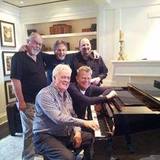 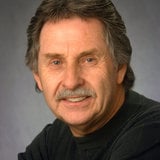